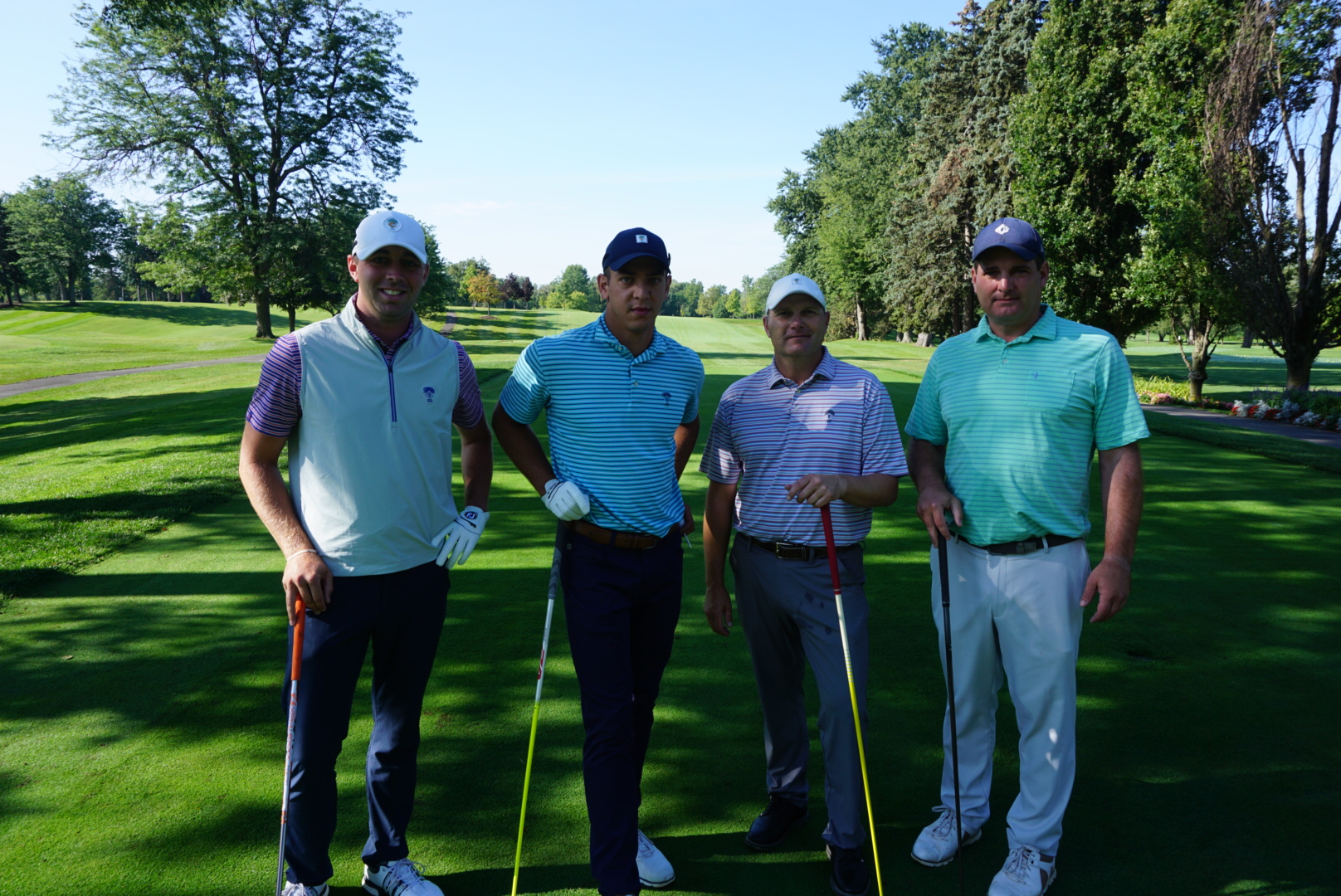 Bill Strausbaugh Award Jeff Beaver (Titleist)
Jeff Beaver has been a sales representative for Titleist for 15 years. Jeff is also part of the WNYPGA Awards & Hall of Fame Committee. This is Jeff’s first Bill Strausbaugh Award in his career. This prestigious award id given to a PGA Professional who continuously works to help improve employment of PGA Professionals and is highly involved in the community.

Teacher of the Year Award Erik Barzeski (Golf Evolution)
Erik is the Head Instructor of Golf Evolution. He has been listed on Golf Digest‘s “Best Young Teachers in America” in 2017. This is Erik’s first Teacher of the Year Award in his career which is based on the professional’s overall performance in teaching; unusual, innovative and special teaching programs the professional has initiated or played a key role in implementing.

Youth Player Development Award Lauren Tallman (Ravenwood GC)
Lauren has been the Teaching Professional at Ravenwoof Golf Course for two years. She is also part of the WNYPGA Junior Golf/Growth of the Game Committee. This is Lauren’s first year receiving the Youth Player Development Award which is awarded to the PGA Professional that is heavily involved in the promotion and development of junior golf at club level and
support for the national golf programs.

President’s Plaque Michael O’Connor (Kahkwa Club)
Michael O’Connor is the Golf Director at Kahkwa Club in Erie, PA. Previously to his current position, he was the Head Professional at Kahkwa Club for 18 years. Michael currently sits on the Western New York PGA Board of Directors as the Honorary President and is the President for the PGA Reach Board of Trustees Committee. This is Michael’s first year receiving the President’s Plaque, which is awarded to the PGA Professional who has contributed significantly in the area of player development.

Merchandiser of the Year (Public Club) Mike Roeder (Ravenwood GC)
Mike Roeder has been the Golf Director at Ravenwood Golf Course for 12 years. Previously to his current position, he was also the Head Golf Pofessional at Ravenwood GC for 5 years. This is Mike’s second time winning this prestigious honor. The honor is given to a WNYPGA professional who has excelled as a businessman/merchandiser in the promotion of golf at the public facility.

Merchandiser of the Year (PrivateClub) Jason Ballard (Oak Hill CC)
Jason Ballard has been the Head Golf Professional at Oak Hill Country Club since 2014. He was previously the Assistant Golf Professional at Augusta National Golf Club. This is Jason’s first year winning this award. The honor is given to a WNYPGA professional who has excelled as a businessman/merchandiser in the promotion of golf in the private country club setting.

Merchandiser of the Year (Resort Category) Joe Bock (Seneca Hickory Stick)
Joe Bock has been the PGA Head Golf Professional at Seneca Hickory Stick since 2015. This is Joe’s first year winning this prestigious award. This honor is awarded to a WNYPGA professional who has excelled as a businessman/merchandiser in the promotion of golf in the resort category.

Media Representative of the Year Thad Brown (WROC 9)
Thad Brown has been a sports anchor/reporter with News 8 since August 2000. He is deeply connected in the golf community. He has covered multiple major championships and Rochester’s rising stars. His long running Western NY PGA Tips series helps local professionals teach the game. This award was established in 1998 to honor media representative who promotes the PGA and by doing so helps to elevate the organization to a new level of respect and prestige throughout the WNY area.

Bill Dimas Spectator of the Year Teena Stauffer
Teena is the wife of WNYPGA Golf Professional, Kirk Stauffer. The Bill Dimas Spectator Award was established in 1985 to honor individuals for their continuous participation as spectators at Section tournaments.